A TRULY SCANDINAVIAN WEDDING IN SWEDEN...... 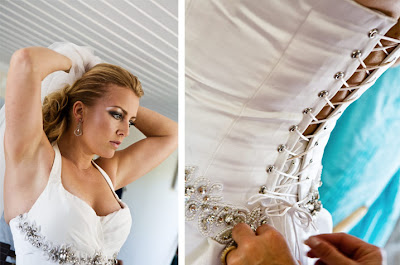 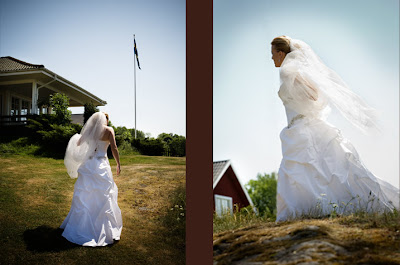 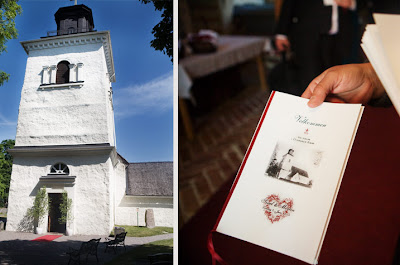 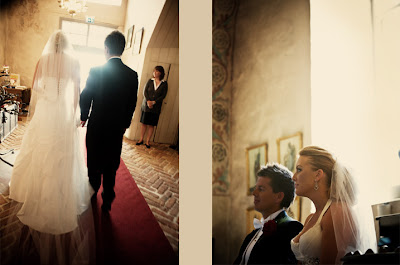 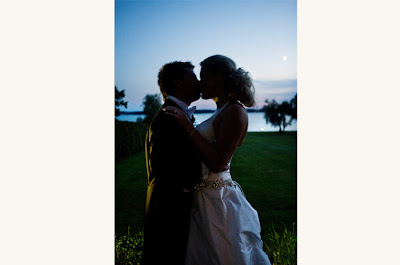 When Danish real estate developer Morten,  met Norweign make-up artist Sissel in New York City they quickly discovered they had more than their European roots in common !
After deciding to marry, they chose neutral ground for their destination wedding, booking a mansion on a Lake in Kragga, in the Swedish countryside. It was a  lavish, international  wedding, with guests from all over Europe, South America & The States -  including a Norweign television celebrity and runner-up in the Miss Universe competition !
The couple married in a beautiful ancient stone church in the lush green Swedish countryside, then to a cocktail hour by the lake,  before a tented reception on the grounds.
Leaning heavily on the traditions of their native countries, this was a very unusual wedding for 4Eyes. For starters, married guests were seated at separate tables ( although engaged couples could sit together ! ) There were at least a dozen speeches ( in either Norweign or Danish ) during which absolute silence was observed, which took several hours.
If the groom left the table at any point, every man in the room would line up and kiss the bride ( and likewise for the groom, if the bride left !) Also, if everyone tapped their glasses the bride and groom had to stand on  their chairs and kiss. If guests stamped their feet, the bride & groom were obliged to get under the table and kiss !
After speeches the music came on, the dancing began and the wedding began to resemble an American event. We were able to move around more freely and capture the atmosphere & details of the wedding and even managed to get the couple outside for some cool moon-lit shots by the lake.
This being Summer in Sweden, we were treated to the phenomenum of the White Nights - where the Sun doesn't really set, so it seems like it's around 6pm in the evening but it's really 3am ! The celebration went strong long after the cake was cut......culminating with one last tradition. The groom was hoisted in the air by his groomsmen and his socks were cut off. Nobody had a satisfactory explanation for that one !
(see more images from this wedding at www.4EyesPhotography.com under Wedding Days )
Posted by 4Eyes Photography at 9:35 AM