Chinese Traditions in a Wedding @ The New York Botanical Gardens 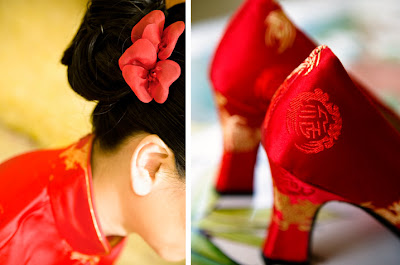 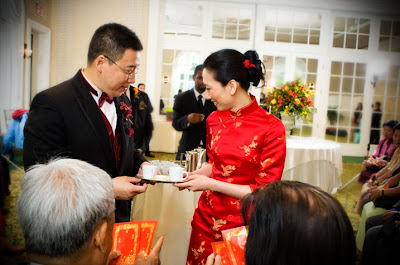 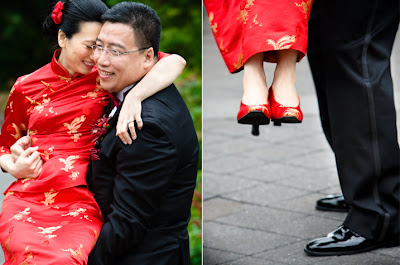 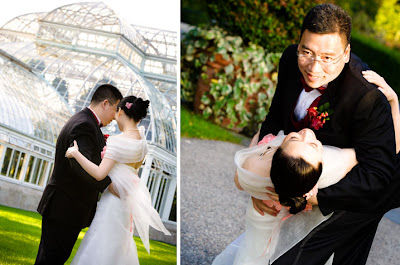 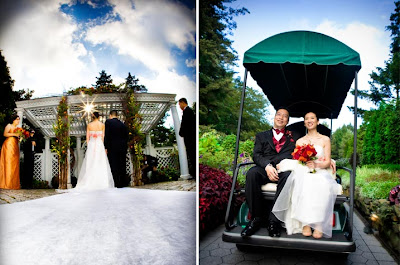 We just shot a great wedding at the New York Botanical Garden with catering by Abigail Kirsch. It was a New York-based couple that wanted to celebrate their Chinese heritage and incorporate elements of a traditional Chinese wedding into their day. First there was an Ancestors Ceremony at the Groom's families house in New Jersey - honoring relatives that had passed over.
The next day the couple booked us for another 12 hours, starting with the 'getting ready' preparation shots at the brides' house, followed by a Chinese Tea Ceremonyy at The New York Botanical Gardens. Here relatives line-up to have tea served to them by the bride & groom, after which they give gifts of either a red envelope or gold jewelry to the couple.
After this ceremony we took golf carts into the spectacular gardens to shoot group shots with everyone, using
the amazing colors of the flowers and plants as a backdrop.
The ceremony was outdoor and we got some fun shots of the bride and groom leaving with an explosion of confetti raining down on them as they were whisked away to the Reception on the back of a golf cart !
After a spectacular spread of Asian-inspired appetizers at the Cocktail Hour, the couple entered the room to thunderous applause, music & cheers.
The bride had a total of four dress changes for the wedding.... starting with a traditional red Chinese 2 peice dress for the Tea Ceremony, a white western-style wedding gown for the Ceremony, another red Chinese dress for the Reception.......before finally leaving in a beautiful 'going away' cocktail dress !!
Posted by 4Eyes Photography at 4:15 PM